Background on the Montessori Teaching Method

Dr. Maria Montessori, the founder of the Montessori teaching philosophy, was a truly gifted woman. Her insights and groundbreaking teaching methods in early child development have significantly and positively influenced the lives of many children who have been fortunate to have enjoyed the benefits of a Montessori education.

It’s our privilege to be able to continue Dr. Montessori’s work. In particular we understand the high duty of care we are entrusted with as custodians of children in their formative years as we facilitate their acquisition of crucial life skills. 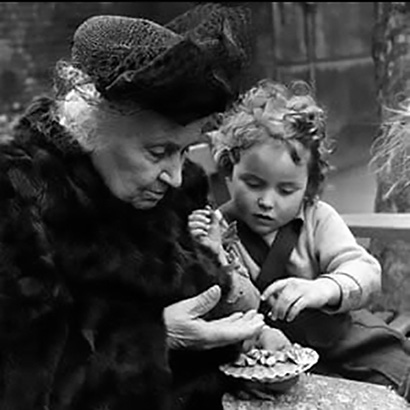 The internationally renowned Montessori teaching method was founded in circa 1906 by Dr. Maria Montessori, an Italian medical doctor.

Dr. Montessori initially worked with special needs children and was enormously successful in developing and applying teaching methods which aided their learning. Her educational methods were revolutionary in that they were based on the scientific observation of how children learnt. She did not merely impose traditional teaching methods which she felt restricted children realising their full potential. In particular the Montessori approach emphasises learning through all five senses and not only through the more traditional approaches of listening, watching and reading. Dr. Montessori’s special needs children performed so successfully when they wrote the public school examinations that she subsequently founded a school in Rome called “Casa dei Bambini” (Children’s House), where her teaching methods and principles were applied. Shortly thereafter two more Montessori schools were established and the word quickly spread about her successful teaching methods.

The Montessori movement is today well established in the United States of America, Europe and the United Kingdom where it extends to high school matriculation level. It continues to develop in Australia, New Zealand, India and China and is already established in South Africa where it has acquired widespread acceptance at pre-primary level.

In terms of this teaching method Maria Montessori viewed learning as an exciting process of discovery for the child which would lead to the development of concentration, motivation, self discipline and most importantly a love of work. She believed that children learn better within an environment specially prepared just for them and to support their unique developmental needs. Didactic Montessori learning materials, specifically designed to aid the child in the exploration of new ideas form part of the environment. For example, sensorial apparatus provides the child with sensory-motor activities which have been systematically planned for the five senses and so permit the child to form new concepts through experience and excercise. Many of the materials provide the child with both direct and indirect experience in the field of mathematics, reading, science and music.

Dr. Montessori identified the crucial early learning period from birth to six years-which she termed the “absorbent mind stage”- when a child is remarkably receptive to new experiences. During this stage a child should be appropriately stimulated as he/she passes through crucial “sensitive periods” of learning which never recur during one’s lifetime. These findings are today accepted within educational circles as accurate and early child centered education is internationally recognised as a crucial step in preparing one’s child for life. 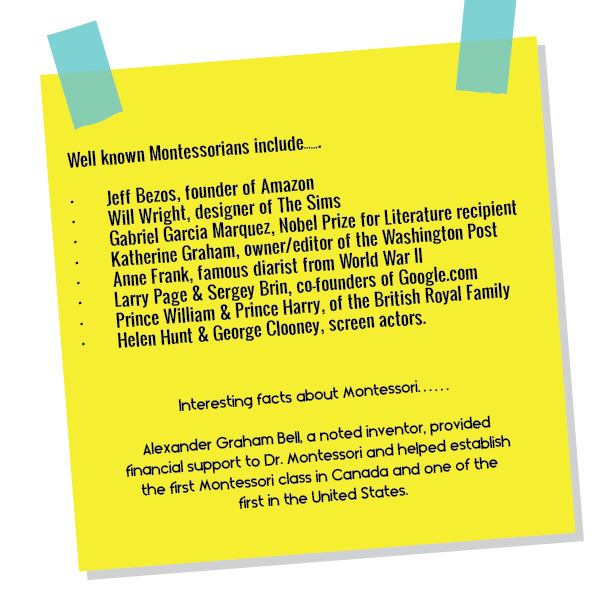